In 2018 I made my biggest pro sale yet, selling a reprint of a short story for a cool 6 cents per word.

I picked up an honorable mention from editor supreme Ellen Datlow, for my tale "A Handful of Dust" which appeared in Weirdbook #35 (edited by Douglas Draa).

I also had work appearing in other magazines, including the premiere issue of Scath Beorh's Fear & Trembling.

My wife and fellow writer Wilma Espaillat English and I published our inspirational book Spiritual Boot Camp for Creators & Dreamers, and our book about the true meaning of hospitality, The Heart of an Angel, received a great review from Publishers Weekly! 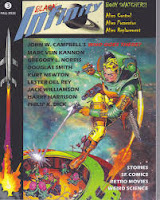 I edited book 6 in the Tom Corbett, Space Cadet series. AND -- big job -- I edited 2 new issues of Black Infinity Magazine, the latest of which is the massive Body Snatchers! issue. 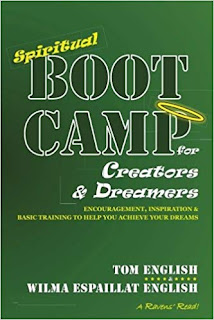 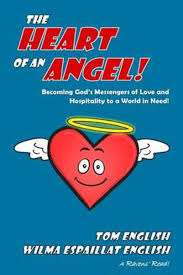 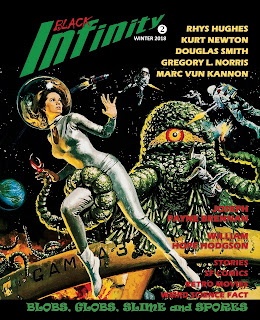 Writer Gregory L. Norris and editor Tom English discuss the impact of daytime soaps on story-telling and the horror genre

Read my Intro to the 1st Tom Corbett novel.

By day Tom English is an environmental chemist. By night he writes fantastic stories both weird and wonderful. His first published story was selected for Horror: The Best of the Year, 2008. Since then his work has appeared in such magazines as Weirdbook and Black Infinity, and several anthologies including Haunted House Short Stories, Gaslight Arcanum: Uncanny Tales of Sherlock Holmes, Challenger Unbound and Dead Souls. Tom also edited the mammoth anthology Bound for Evil: Curious Tales of Books Gone Bad, which was a Shirley Jackson Award finalist for 2008. He currently helms the eerie SF magabook Black Infinity. He resides with his wife, Wilma, surrounded by books and beasts, deep in the woods of New Kent, Virginia.

My story "The Deadly Sin of Sherlock Holmes" appears here:

is a mammoth anthology edited by Tom English, and featuring Ramsey Campbell, Fred Chappell, Rhys Hughes, Jeffrey Thomas, H.P. Lovecraft and dozens of others! The book was a Shirley Jackson Award finalist for Best Anthology of 2008.